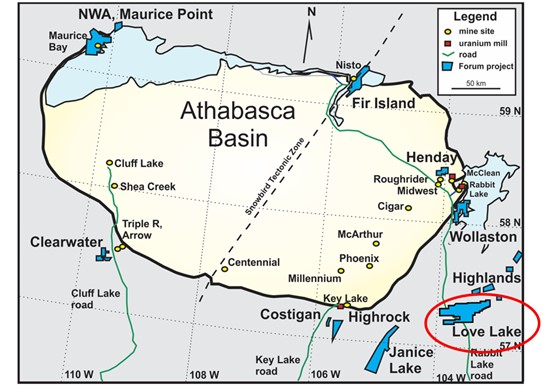 To view an enhanced version of Figure 1, please visit:https://orders.newsfilecorp.com/files/4908/92639_forumfigure1.jpg

Processing of the HeliSAM Time Domain Electromagnetic (EM) survey flown on five grids on the property (see News Release dated May 10, 2021) has identified an EM target on the Korvin Grid at a depth of 170m that will be drilled for magmatic nickel- copper - PGM mineralization. The first hole at Korvin Lake is planned for a total depth of 500 metres to crosscut this anomaly while subsequent holes will be planned after downhole EM probes are conducted.

Further to the north in the vicinity of this EM anomaly, Forum plans to also conduct high frequency MaxMin Horizontal Loop EM surveys and follow-up drilling over copper mineralization at Korvin Creek drilled in 1968 and Nickel-Copper-PGM mineralization trenched in the late 1968 and drilled in 2000 at What Lake (Figure 2). 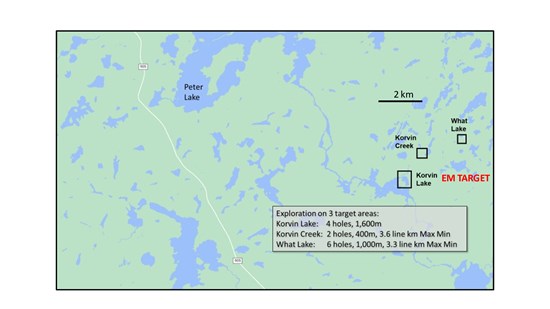 The Korvin Creek target was covered by a series of trenches for over a one kilometre strike length and two drill holes intersected copper mineralization over 31.7 metres grading 0.23% copper and 36.6 metres of 0.29% copper. No assays for platinum group metals were taken.

The What Lake trenches returned values as high as 0.43% Copper, 0.23% Nickel, 4275 ppb Palladium, 3580 ppb Platinum and 200 ppb Gold. Mapping by the Saskatchewan Geological Survey and Forum geologists concluded that drilling in 2000 was drilled in the wrong direction and would have missed reef-style or structural-style PGM mineralization.

The Peter Lake Domain in northern Saskatchewan is the largest mafic/ultramafic complex in North America second only to the Duluth Complex which is centered in the heart of the Midcontinent Rift System in Minnesota and Ontario and is host to numerous magmatic copper/nickel and platinum/palladium deposits. For over 250 km of the Peter Lake Domain numerous copper/nickel and platinum/palladium showings have been uncovered over the past fifty years that have received only sporadic exploration.

Forum staked 32,075 hectares over the 20km by 5km Love Lake Complex in 2019, a 2.56 billion year old, palladium enriched layered gabbroic intrusive. A 4,412 line kilometre Heli-GT magnetic/gradiometric survey was completed for Forum by SHA Geophysics in 2020, two field programs of geological mapping, geochemical sampling and prospecting were completed by Forum in 2019 and 2020 and a 588 line kilometre HeliSam Time Domain airborne EM survey was completed in 2021.

Ken Wheatley, P.Geo., Forum's Vice President of Exploration and a Qualified Person under National Instrument 43-101, has reviewed and approved the contents of this news release.

Forum Energy Metals Corp. (TSXV: FMC) has three 100% owned energy metal projects being drilled in 2021 by the Company and its major mining company partners Rio Tinto and Orano for copper/silver, uranium and nickel/platinum/palladium in Saskatchewan, Canada's Number One Rated mining province for exploration and development. In addition, Forum has a portfolio of seven drill ready uranium projects and a strategic land position in the Idaho Cobalt Belt. For further information: www.forumenergymetals.com

ON BEHALF OF THE BOARD OF DIRECTORS